Mardi Gras or The Rio Carnival 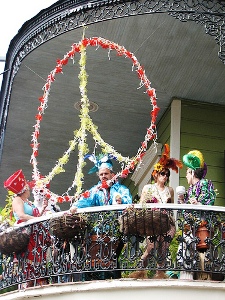 Throughout the Christian world, carnivals are a way to mark the last days when everything is allowed and the beginning of the Lent, right after the carnival has ended. Colorful, noisy and filled with fatty foods, Carnivals bring a lot of visitors. There are numerous popular festivals in the world but, without a doubt, the two most popular are Mardi Gras (New Orleans, US) and the Rio Carnival (Rio, Brazil).

What happens if you want to attend such an event and you have no idea which one to choose?

Mardi Gras festivities begin on or right after Epiphany (Jan 6) and end a day before Ash Wednesday. “Fat Tuesday” (Mardi Gras) refers to the practice of eating fatty, rich food the last night before Lent. This year, Mardi Gras falls on February 16. It might be a bit too late to look for the Mardi Gras flight deals to head to New Orleans (but you can always plan to visit the city so it doesn’t hurt to take a look regardless of when you manage to go). And don’t forget about the New Orleans hotels either. Just remember that if you want to travel for such events, plan ahead.

The Rio Carnival is considered one of the greatest shows on Earth with hordes of tourists flocking here and people interested in buying tickets months before the event. Needless to say, if you want to attend the show, book the flight and hotel way in advance and have a fat budget ready for the tickets as well. The multitude of parades and parties will surely keep you interested. This year, the Rio Carnival ends on February 16, so it’s a bit too late to come here. But there’s always next year, right?

Other spending celebrations take place in Crete (Greece), Venice (Italy) or Nice (France). They all have in common the colorful parades, the fun-filled atmosphere and the fact that they end right before the Lent starts (this year both the Orthodox and Catholic Lent started on February 15).