Watch the World Cup in Brazil 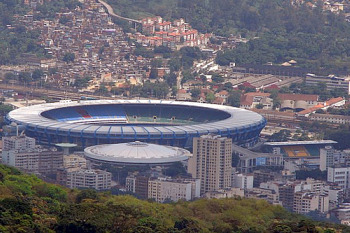 Brazil has a long history with the World Cup. It’s the only country that has competed in every single World Cup since 1930. It also holds the most wins – having taken home the trophy five times in the Cup’s 18-event history. So, if you can’t make it to the World Cup in South Africa, Brazil may be the next best place to go to watch the games.

If Brazil World Cup history is any indication, the team has a pretty good shot at winning, so why not be there to celebrate with the team’s fans in Rio, or Sao Paulo, or any one of the other great places to visit in Brazil?

Though Rio is not one of the World Cup host cites – the games (as any fan knows!) are taking place in South Africa, with Brazil playing in Johannesburg and Durban – this year, it will be hosting several matches in 2014. Visit now and see how the city is prepping for its many hosting duties (it’ll also host the Olympics in 2016) in the coming years.

No matter where you choose to watch the games, don’t forget to pick up your Brazil World Cup jersey so you can show your support for your favorite team.