What to Eat in Brazil: Famous Brazilian Foods

The Brazilian cuisine has many similarities with the cuisines of the other South American countries. The local cuisine has a lot of African and Portuguese influences. The Italian influence is present in pizza and various pastas, but you can also find a lot of Middle Eastern dishes popular in Brazil.

The Brazilian cuisine is not exactly vegetarian-friendly, but there are some dishes which have a vegetarian version. 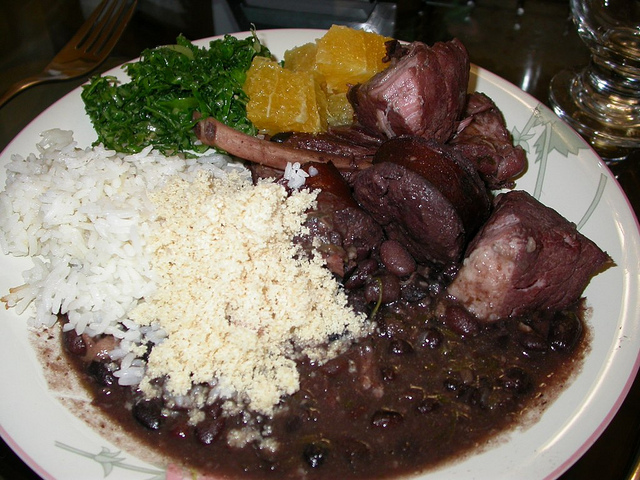 Black beans, boiled with onions and garlic. Sometimes pork is also added to the meal (and the meals becomes feijoada ) and it’s always served with rice. 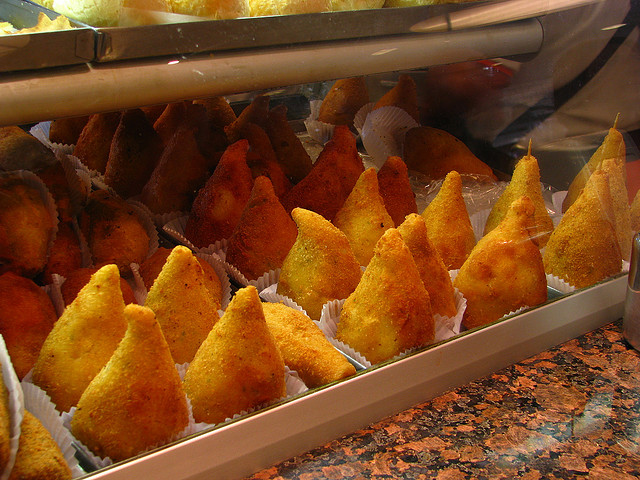 Another snack, made from minced chicken meat, shaped in a drumstick shape and then deep fried in better. 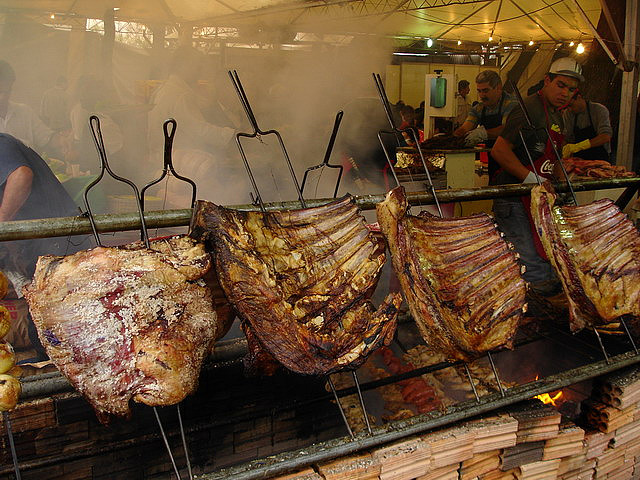 It’s meat covered in rock salt and cooked high over a barbeque. You can order pork, beef or chicken.

Maracujá or the passion fruit is at its best in Brazil. The very expensive (everywhere else in the world) acai can easily be found in Brazil in the form of milkshakes or juice.

Cajú is known for giving the world the cashew nut, but the fruit is also used in juices. For a caffeine boost, try the guarana juice.

The dish made with rice, meat, tomatoes, onions and spices. It is popular in Southern Brazil. 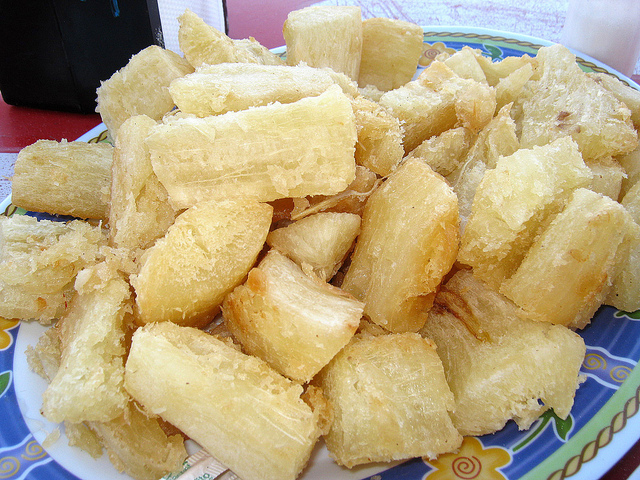 The Brazilian French fries are chip made from yams. Try with salt and ketchup and you’ll notice the familiarity of chips but with a tougher consistency.

These are similar cu empanadas but generally have beef filling. On the street they are an excellent snack and they are ridiculously cheap.

The quickest breakfast in Brazil , served in cafes, and very popular in Rio, is French bread with espresso. 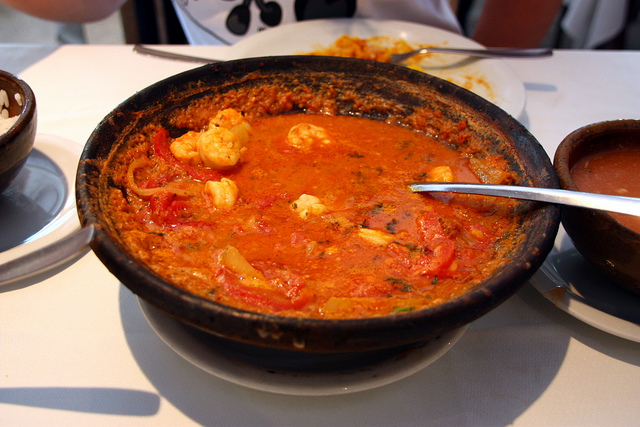 This is a fish dish made with onion, peppers, garlic, tomatoes, coconut milk and dende oil.

It is a condiment made from okra, shrimp, onion , palm oil and toasted nuts.

It’s boiled duck in tucupi, which is an extract from cassava.

It is a typical snack consisting of a soft roll made of manioc flour , eggs, milk and cheese.

It’s a dessert made with tapioca cooked with coconut milk and sugar. 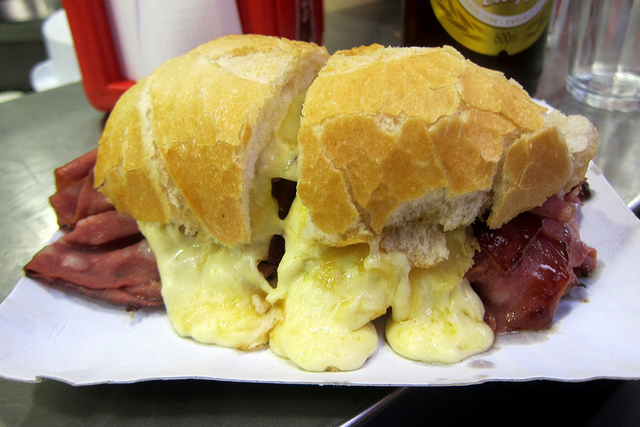 It is very popular in Sao Paulo and refers to any mortadella sandwich. Aside from mortadella , it also contains cheese, mayonnaise and mustard.

It is a traditional slave food, made with salted cod, potatoes, olives, tomatoes, peppers, hard boiled eggs and onions. 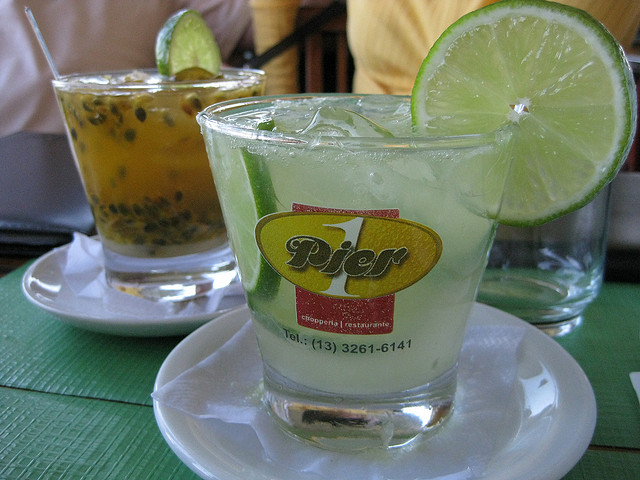 It’s the most popular drink, made with a shot of Brazilian Sugarcane liqueur, lime and sugar. 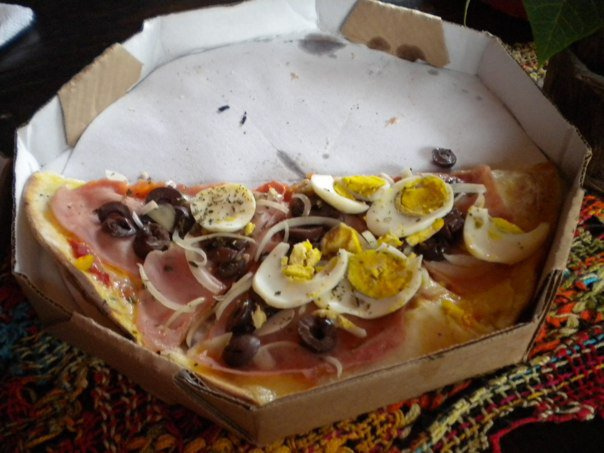 The dough is paper thin and there isn’t too much pizza on top. The pizza is usually pretty meaty.